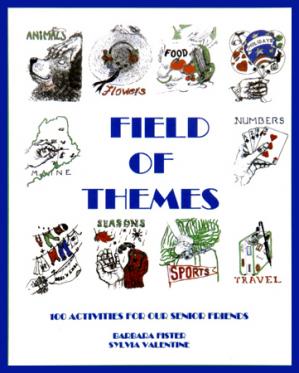 Get the Activity Book!

In the late 1990’s, the Mission Committee of First United Methodist Church, Bangor, Me. recognized a need in the community for a social adult day care respite center. Presently, there are adult day health service programs offered at local inpatient facilities. The committee felt that an adult day care center should be located in a place where people normally go for socialization and other events, avoiding a permanent inpatient facility. The committee voted to apply for a grant to fund the start up of a respite site at a cost low enough that it would qualify as a mission project for the church.

In the summer of 2000, a grant application was completed and sent to the Brookdale Foundation in New York City. The grant was accepted by The Brookdale Foundations, and in September, a Charge Conference was held; and the project was approved. Volunteers for the program were recruited and a director was chosen who attended a training session by The Brookdale Foundation in Washington, D.C. in November. An application for a license from the State of Maine, Department of Health and Human Services was submitted on December 12, 2000. The volunteers for the program (originally numbering 18) met and developed a name, mission statement, logo, and volunteer handbook.

Training of volunteers began in February 2001 through the Maine Alzheimer’s Project. An Advisory Board, consisting of people from the church, other United Methodist churches in the area, and the Bangor community, was developed to act as a sounding board, to reflect how the program would be perceived in the community and to assist with ideas about other sources of funding. This group of 15 individuals held the first meeting in February, 2000. My Friend’s Place opened two days a week in April 2001. Since then it’s expanded to three days a week and a new program called Memory Joggers expanded the services as well.

A Day at My Friend's Place